The Garden salutes at Sandown 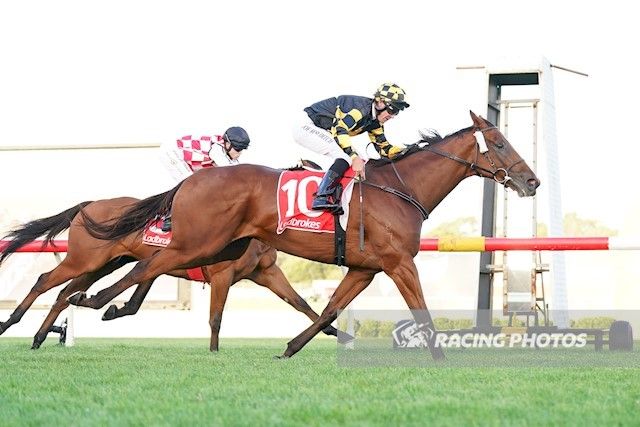 The Garden continued his great record with a well deserved win at Sandown last Wednesday. The step up to the 1400m and some give in the track were the contributing factors for the win as well as a great ride by Joe Bowditch. It was a well deserved win for the 4yo son of Shooting To Win.

He certainly is a bargain buy for his owners, after being purchased for $20,000 from the Melbourne Vobis Gold sale he has now won $145,000 in prize-money for his connections.

Congratulations to the winning owners.