Only runner for the day is a winner 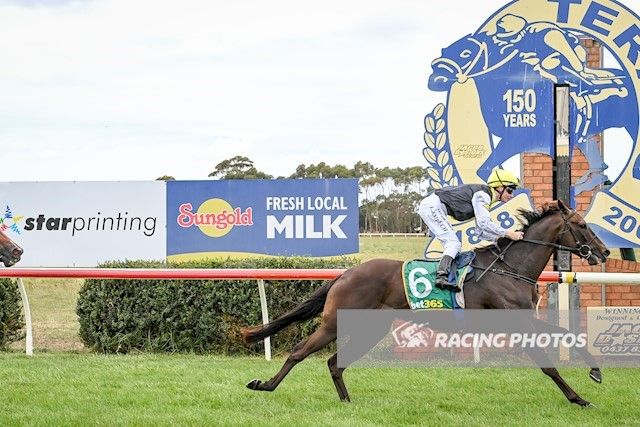 It was a quick trip down the highway to Terang for Wilde Racing on Monday with our only runner for the day Princeton Award.
With Linda Meech in the saddle, we have kept the strike rate going for our runners to winners over the past month.

Princeton Award won his maiden on raw ability. He was very green and although he has had plenty of trials, there is no better learning experience than race-day.
You could see during the run, he had his head up in the air and Linda was always at him to hold his position. She made her move on him early so she wasn’t stuck behind any slow ones and Princeton Award went on to win by 2 lengths. Linda made comment post race, she almost hit the front a furlong too soon as she didn’t realise how much riding he would take in the run to the line. He will take great improvement from today. Princeton Award hasn’t always been the easiest horse to handle and has been a slow maturer but with two race starts under his belt he is slowly learning what it is all about.

Although we have no great plans for the 3yo gelding, he looks to have a bright future ahead and the sky’s the limit for him at this early stage of his career.

Congratulations to Bruno on the win!!