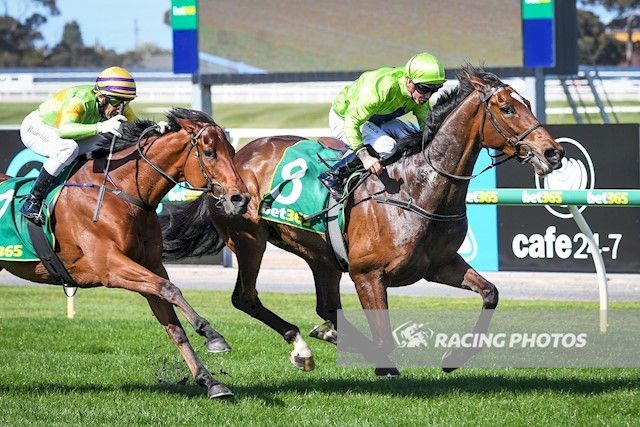 Tralee Rose has scored a magnificent win in the $400,000 Group 3 Geelong Cup and has won her way into the $7 million Melbourne Cup on Tuesday week.

She was given a lovely ride on-speed by Dean Holland and won in terrific fashion. Just prior to the corner, the leader shifted off the rail and Holland took a run on the inside to hit the front. On straightening, she was challenged and headed, before fighting back strongly over the concluding stages to win going away on the line. She raced like 3200m was going to be right up her alley and we can’t to get her to Flemington for the big dance in just under a fortnight – bring on the big one!!!!!!