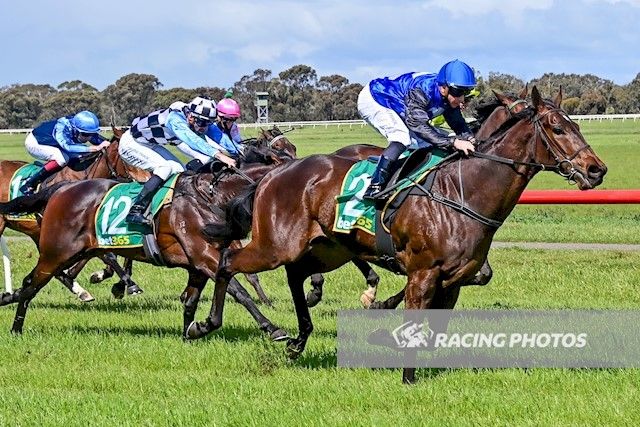 It was another terrific afternoon with the stable bringing up a double at Donald on Sunday.

Shock ‘Em, a 4yo Gelding by Shocking, was having his first race start and proved too good for his rivals despite having a wide run in transit. He has taken a while to get to the track but it was worth the wait. There looks to be more wins to come off the back of that run and his breeding suggests he will appreciate getting out further in trip.

Bazini, also broke his Maiden status at only his second race start. He settled back and worked home well appreciating the rise in trip to 2000m. The well bred, son of Dundeel, also looks like he will enjoy getting out further in distance.

Both winners look to have plenty more in store.