Skyway Star back in the winners stall 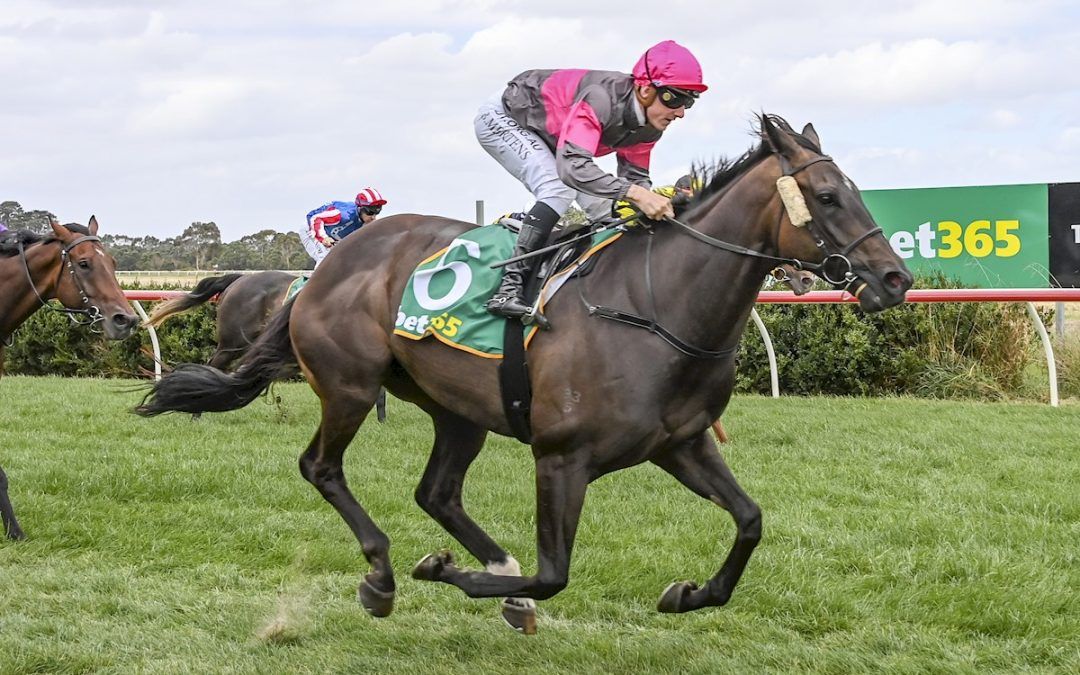 Skyway Star was back in the winners stall at Terang on Monday breaking her long gap between wins. She was given a lovely ride from Beau Mertens and was too strong over the 1600m.

Although she is bred to run much further than the mile, the team have taken a different approach with the mare this campaign and it certainly seems to be working for her. Rather than stepping Skyway Star up sharply in distance, they have tried to keep some speed in her legs and kicked her off at 1300m where she ran well. It was pleasing to see her put two nice runs together after an inconsistent preparation last time in work. Skyway Star seems to appreciate the big, open track at Terang (winning there previously) and while we have no lofty targets for her, she will head back in a few weeks time and attempt to go back to back.

Congratulations to her very patient connections on the win.