Field Of Lights a winner at the ‘bool 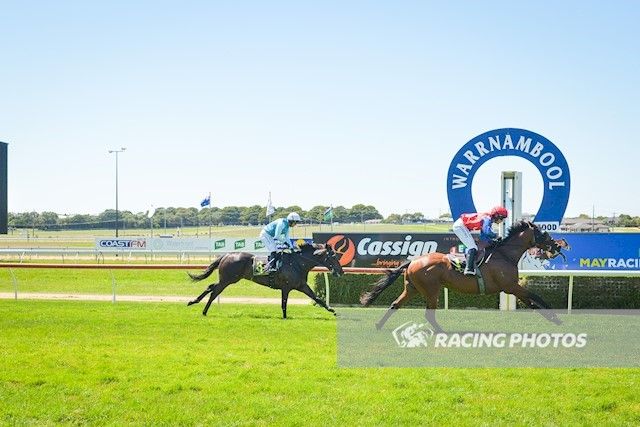 Field Of Lights was back in the winners circle at Warrnambool on Thursday. On the back of some consistent performances in stronger class races in the city, Field Of Lights was sent out the short price favourite for the BM58 2350m high weight.

Given a lovely ride by stable jumps jockey Ronan Short, Field Of Lights was too strong for his rivals. He was a class above the rest of the field however he did well to carry the 73.5kg and win as he did.
He is a horse who still looks to have some upside to him, when he hit the front he wandered around and didn’t really know how to go on with the job. Field Of Lights has had a great campaign since joining Wilde Racing putting in some very honest performances. Whilst he is racing in great form and there are plenty of staying options around we will look to head back to the city where he should be competitive again.

It was also great to see unlucky mare Duecourse back in the winners stall for Bill after a frustrating preparation. It looked as though she was going to have another hard luck story but Beau Mertens somehow managed to find a run to the outside and the horse did the rest. She showed that when she gets the right run, she does have an explosive turn of foot and still wants to be a racehorse.