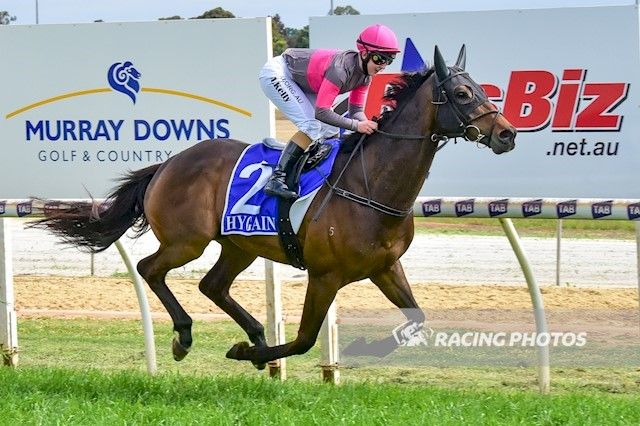 Britannicus showed he is right on track for the Jericho Cup with an easy victory at Swan Hill on Tuesday.
He has had a freshen up with Lee Evison on the back of a busy jumping season. He returned with an encouraging run over an unsuitable trip last start at Horsham. The best part about his return is the way he settled in the race.
At Swan Hill, he again settled beautifully in front for Alana Kelly, they rolled along at a steady tempo before increasing the speed from the 800m, he kicked on the turn and was too strong in the run to the line winning by three lengths. Britannicus will have one more start before heading towards the Jericho Cup in November.

He has been a great horse for his connections, mixing his form between the flat and jumps and performing well in both.
Congratulations to the big group of winning owners.