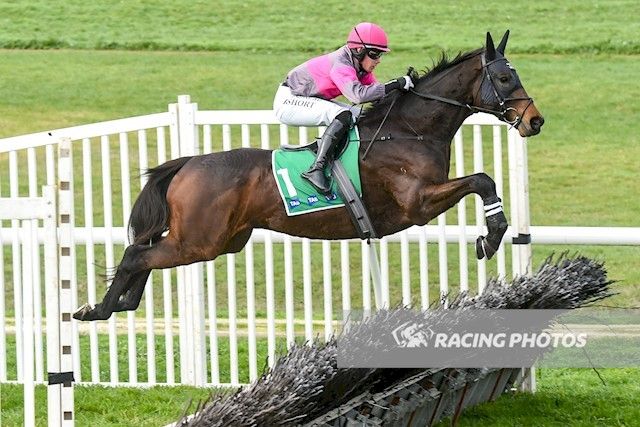 Britannicus broke his maiden status over the hurdles at Casterton on Sunday winning by an easy five lengths. He was given a lovely ride by stable jumps jockey Ronan Short who has had a bit to do with the horse and his jumping education.

Britannicus has been a working progress over the past 12 months, teaching him to relax and settle during the run which allows him to have an impressive turn of foot at the end of the staying trips. This was evident on Sunday. It was great to reward Ronan with the win after the role he has played in getting Britannicus to transition over to the hurdles from flat racing. He was the first leg of a winning treble for Ronan. Britannicus seems to appreciate the further footing so he will be set for some early season jumps races next year.

Congratulations to the winning connections, who also received the $10,000 bonus for breaking your maiden over the jumps. We look forward to the future ahead with Britannicus.