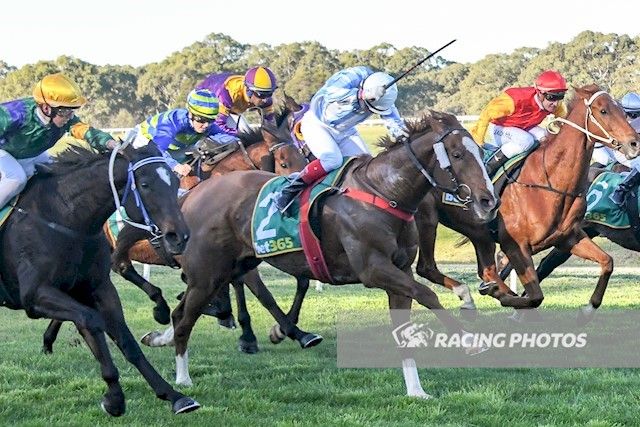 It was a busy end to the week for Wilde Racing as we saddled up 20 runners from Thursday through to Sunday. Of those twenty runners, two were at group 3 level in SA and only five missed a top four finish.

Our first winner came at Geelong on Friday with Paddy Mac. He was lining up for back to back wins after being so dominate at Terang at his previous start. He didn’t have all the favours, carrying 62.5kg and the wide draw he certainly had to progress from his first up win. Progress he did!! Paddy Mac wasn’t as quick from the gates but it didn’t worry Brad Rawiller who was able to slide into a lovely trailing position off the speed. The leader went at a steady tempo and gave Paddy Mac something to chase down in the straight. Our fellow, whilst still green, he was able to knuckle down and rein in the leader. Paddy Mac ended up running away for another decisive victory. He looks to be a horse with a very bright future and still some improvement to come.

We ventured off to Casterton on Sunday with a truck load and Eurosymbol (pictured) was able to get the win on the board for the team. It was great to see Eurosymbol break through for the win after running well at his previous two starts. Although it took him the whole length of the straight to hit the front, he had his head down where it counted right on the line. It was a big win by the horse, he was carried wide on the turn and didn’t really get the chance to balance up and really lengthen until late in the race. He has always showed ability over the staying trips and we hope that this win gives him some confidence to now go on through his grades.

Congratulations to the winning connections of Paddy Mac and Eurosymbol.