2020 Revamped May Carnival a successful one for Wilde Racing 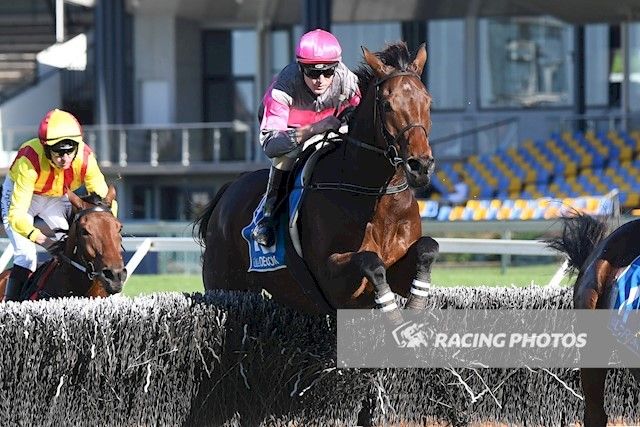 The 2020 May Racing Carnival was definitely a little different to what the Wilde Racing team are use to. It is normally a busy week for the stable starting with the owners gathering on the Sunday before a hectic three days racing at our home track. This year we seen the jumps extravaganza on the Tuesday while the feature flats were ran on the Wednesday along with the 2yo heats and BM70 races as the support card. The races that were missed were transferred to Werribee for the Thursday of this years carnival.

Tuesday was a display of jumps racing. Wilde Racing saddled up four runners for the day including our old stable warrior Gold Medals in the annual. It was his third year in a row facing the long journey of 5500m and he did us proud once again with a second to the new kid on the block Ablaze. We also had Britannicus run a bold race in the maiden hurdle, kicking off the day with a second placing with stable apprentice Ronan Short in the saddle. Elvison ran a cheeky race in the Novice Hurdle, looming on the corner before receiving interference at the last jump and that took the stuffing out of him in the run to the line. It was our NZ import Georgethefifth (pictured) who was the impressive winner of the day. He come to Australia with great hurdling and steeple form and his flat runs for us had been encouraging. Although a maiden over the jumps, we saddled Georgethefifth up in the BM120 Decron Dunroe Steeplechase with Clayton Douglas in the saddle. The field was reduced dramatically by scratchings early that morning but it was the way Georgethefifth spaced his rivals in the end that was so impressive. He jumped well, and went on to win by 8L being eased down on the line. It was a great win and a shame the owners couldn’t join us on course with majority being locals who love the May Carnival.

Day Two, the revamped Wednesday program seen the running of the listed Wangoom Handicap and the Warrnambool Cup. We saddled Inn Keeper up in the Wangoom Handicap and he went super by filling 3rd placing in the listed event. We had a busy day with 9 other runners but it was Santelmo Fuego, first up from a spell getting the win on day two of the carnival. His win was impressive after missing the start, he settled back further than anticipated. Santelmo Fuego had an impressive turn of foot at the end, and although it took him the length of the straight, he managed to get his head in front on the finishing line.

Day three although it wasn’t at Warrnambool we took four runners to Werribee for the “final day” of the carnival. Bombshell Belle was an impressive winner in the last race of the day.
She is a mare that has her fair share of niggles but with careful management we think she will make it through the grades. She seems to appreciate the softer tracks so she is in at the right time of year to continue on her winning way. Bombshell Belle brought up winner number 69 for Wilde Racing this season. It was great for her owners as they have been very patient with her getting to the race track.

Congratulations to all the winning connections over the past few days.