Valley Of Hearts is a winner first up 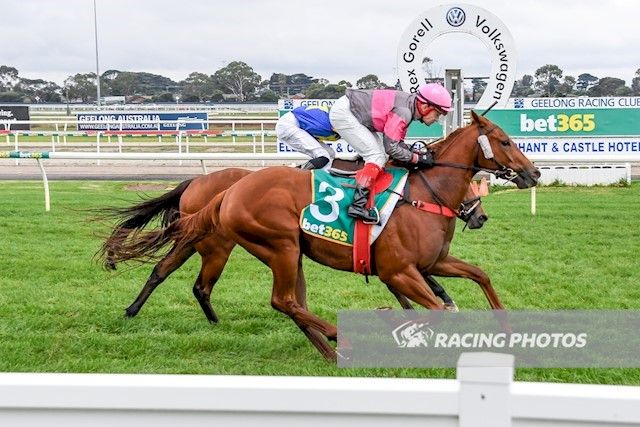 Valley Of Hearts returned from a spell with a win at Geelong on Thursday. It was tough going in the heavy conditions but Valley of Hearts seemed to be able to get through the going well which is a bonus coming into the winter months.

He settled well off the speed and on the home turn Valley of Hearts was still a long way off the lead. Dean Yendall brought him to the outside which seemed to be the better going during the day. Valley of Hearts looked as though he was going to win with a decisive margin but when he hit the front he switched off and was waiting for the second horse.
He is winning on raw ability and the future looks bright for Valley of Hearts as he is still learning his craft.