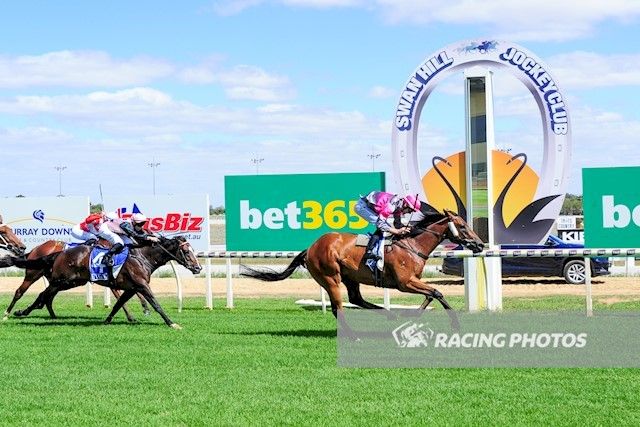 Aurora’s Symphony returned from a spell with an encouraging win at Swan Hill on Friday. He had one start as an early 3yo at Geelong where he finished 3rd in a very impressive debut. He was sent straight to the spelling paddock to mature and the extra time certainly has done Aurora’s Symphony no harm.

He is a big, strong individual who looks like he has a staying future ahead of him. It was a great result getting the maiden win out of the way at only his second start.
Jockey Clayton Douglas gave Aurora’s Symphony a lovely run throughout the race, he was always travelling well. Upon straightening, Clayton gave him plenty of galloping room, when he asked for an effort he certainly put the race to bed and was doing his best work on the line.

Congratulations to the winning connections who look as though they will have some fun as Aurora’s Symphony steps out in trip.