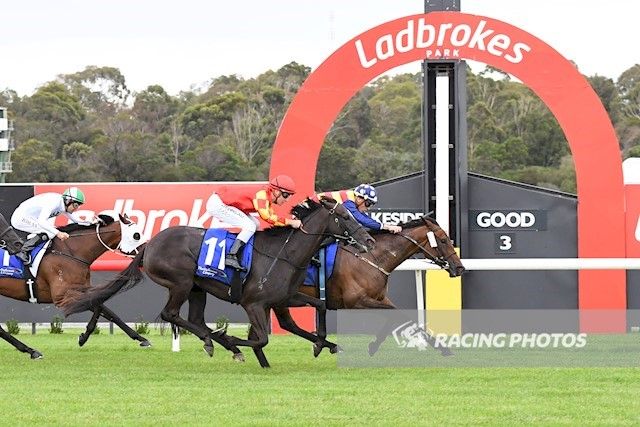 Hard ‘n’ Tough continued her great form with a win at Sandown on Wednesday. She was given a lovely ride by Josh Cartwright, just off the speed and cover from the horrible wind on the day.
Josh peeled off the leaders heels on the corner and hit the front early in the straight. We know how tough she is when she gets in front and we thought she would be difficult to run down once she did hit the lead. The second horse Music of the Night got within a neck of Hard ‘n’ Tough but our mare lives up to her name when it becomes a fight down to the wire.

Yesterdays win brought Hard ‘n’ Tough’s record to four wins, one second and a third from her six starts since joining Wilde Racing. Every time we have asked her to step up she has answered the challenge and we look forward to her next assignment.

Well done to her winning connections.