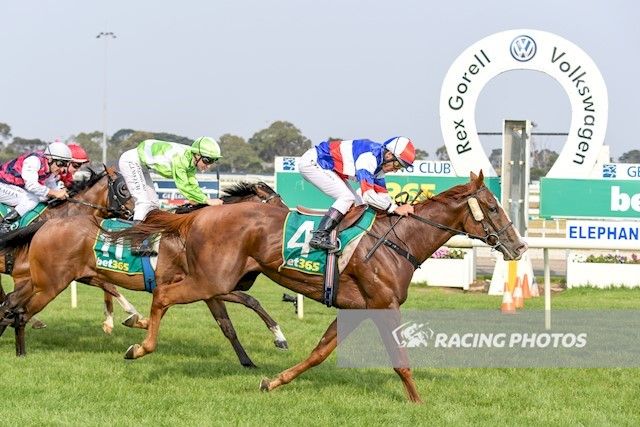 Ammoudi Bay found his way into the winners circle at Geelong on Thursday. After winning impressively first up at Terang this campaign he hadn’t had the best of luck at his next two starts.
He is a horse with some quirks and needs things to go his way on race day which was the case at Geelong.

Damien Oliver gave him a lovely ride out the back, three wide with cover and plenty of galloping room. Coming into the straight, Ammoudi Bay looked to be travelling well and was looking for a run. When a gap didn’t eventuate, Oliver was able to switch off heels and when asked for an effort Ammoudi Bay really let down to record an impressive victory,

Congratulations to Price Bloodstock on the win.