Elvison too good at Casterton 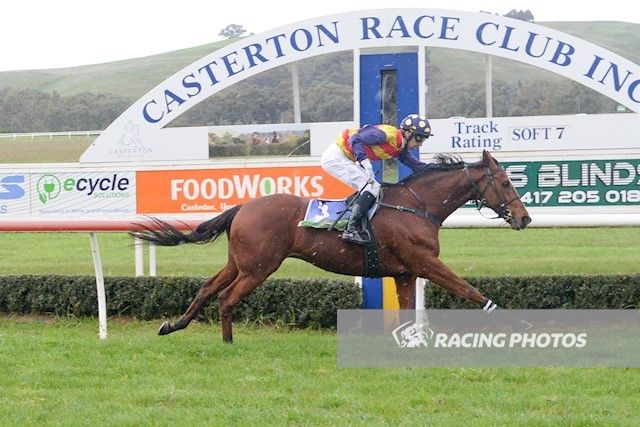 The winning combination of Elvison. Aaron Kuru and the live hedges continued at Casterton on Sunday as Elvison lumped 73kg to a 1.75 length victory.

Again, like his previous start over the live hedges, Elvison put on a dashing display of jumping. He took the corners sharp when he needed to and he knows his way around the course so well.
Aaron rated Elvison beautifully out in front and as the challengers eye balled him, Elvison continued to out jump and answer the call when needed.

Elvison has found a great patch of form over the steeples this season, winning over $128,000 in prize-money from his four steeple starts. Winning two and running second at his other two starts.
He seems to appreciate tracks with some give in them, so we will now look towards a Thackeray steeplechase with him back at his home track in early July.