Under The Bridge wins fresh 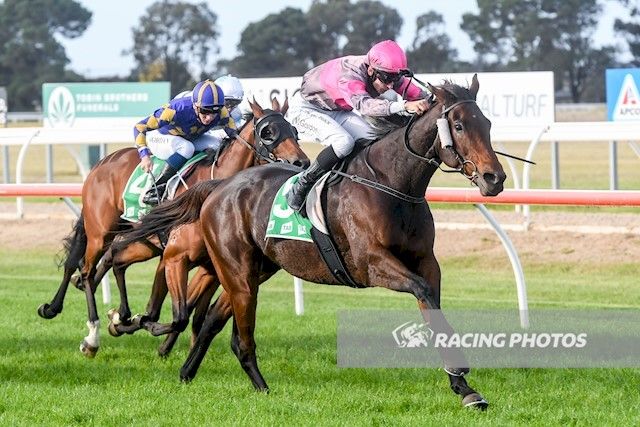 New Zealand import Under The Bridge rewarded his very patient owners with a win at Werribee on Friday afternoon. Fresh up from a break and over the 1600m, a recipe that has worked before, Under The Bridge was too good for his rivals with Will Gordon in the saddle. Will let the horse settle early and get into a good rhythm, before working through his gears around the home turn. Under The Bridge was the one to be on, finishing strongly down the middle of the track and winning by 1.25 lengths.

Under The Bridge had mixed his form on the flat before turning to jumping at the back end of last season. For an 8yo he is lightly raced. When he gives 100% he has the ability to be competitive over the staying trips. After the win today, Under The Bridge is on track for the jumping career. It was a great way to start the preparation for the owners who have stuck with him throughout his career and educating Under The Bridge to jump. If we can keep him in the good frame of mind he is in now, hopefully his connections are in for a fun campaign.