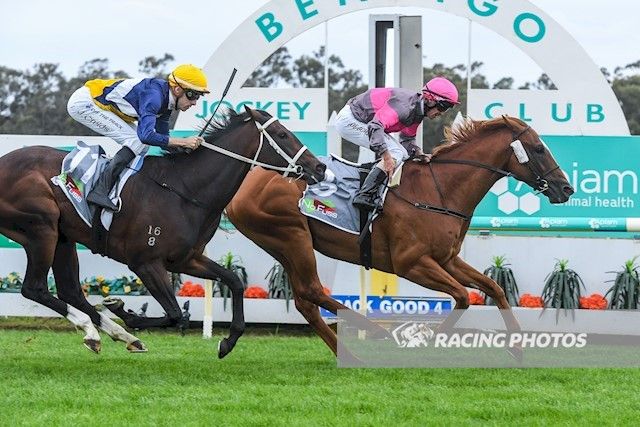 All eyes were on Bendigo on Saturday as they held their stand alone Saturday metro meeting for the season. Wilde Racing saddled up four runners for the day, bringing home a winner in the Bendigo Gold Bracelet and also in the Bendigo Guineas.

Sirileo Miss was up against arch rival Foxy Frida in the $130,000 Gold Bracelet. The two mares that met at the same track and distance back in 2020 and Sirileo Miss had her measure.
They have had a great match throughout their careers and on Saturday, there was no margin to separate the two and it was declared a dead heat. The two look to match again throughout their preparations as both mares potentially head to South Australia for their next start.

Gundec (pictured) made it two from two this preparation with a win in the Bendigo Guineas. Controlling the race from the front, Gundec was too strong to the post holding off his rivals by half a length.
Purchased as a derby prospect, Gundec made it to the race but didn’t look to run out a strong 2500m, A different training method this campaign, Gundec is appreciating the shorter trips as we look towards better races with him.