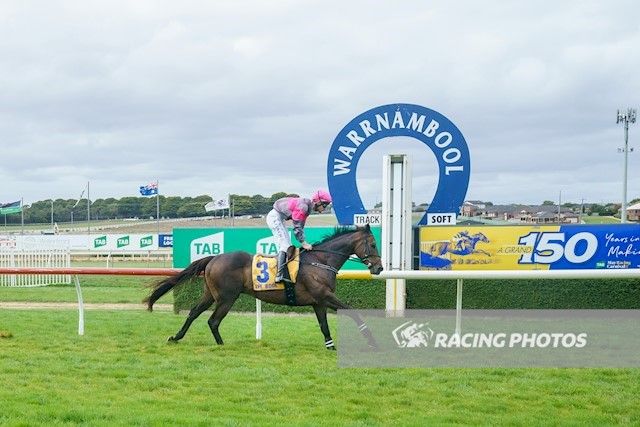 After an effortless display of jumping and an easy victory, Britannicus has earned himself a start in the Brierly Steeplechase on the first day of the May Carnival.
The same track, distance and hopefully similar track conditions, Britannicus looks to be a big player after his win today at Warrnambool.

He was given a patient ride by Aaron Lynch, out the back and cut the corners. Coming into steeple lane Britannicus and stable mate American In Paris paired off to fight it out.
Britannicus got the upper hand going on to win by 4.5 lengths without been tested to the line. American In Paris never shirked the task as he continued to try hard.

Britannicus, now a seasoned jumper can aim at the earlier feature races of the season. After taking out the feature hurdle at Oakbank last year, now a seasoned chaser, we look to add another feature to his name.
He is giving his owners a great thrill, a few from the racing.com team, as well as locals and abroad. He has earned over $200k in prize-money enjoying success on the flat and over the jumps.