2500m no issue for French Moon 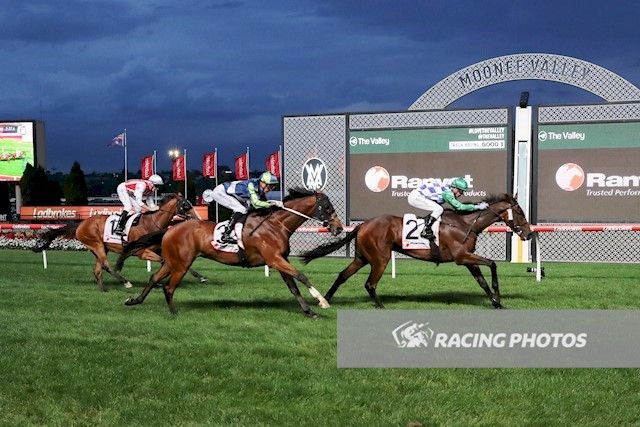 French Moon put the doubters to rest when he won convincingly over the 2500m at Moonee Valley on Friday night. Untried at the longer distance, it was a question if the 4yo gelding would settle off a slow tempo.
With maturity and more racing, French Moon has learned what the racing caper is all about and relaxed well under Harry Coffey.
Coming to the turn, the second placed horse idled up next to him, but French Moon answered the challenge and went on to win by 0.75 lengths.

A good money race for his connections, $125k plus the vobis gold bonus of $20k, it was a great result to get the win after contemplating running in the Roy Higgins Listed race at Flemington on the Saturday.

We don’t think we have got to the bottom of French Moon yet, and he looks as though he is a stayer on the rise.