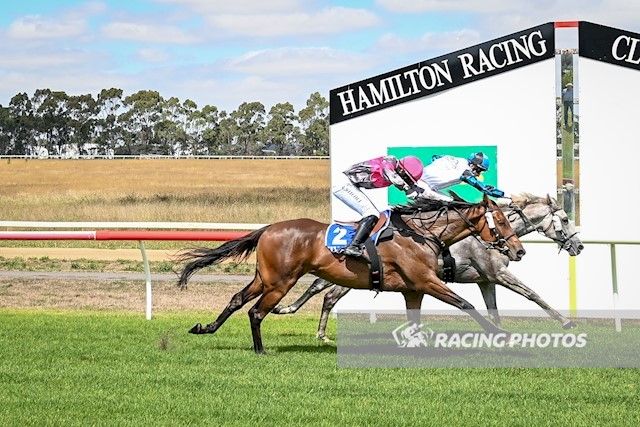 Gunaluva was a tough winner at Hamilton on Monday, defeating stable mate Vanguard in the 2200m staying test.
He was well rated by Will Gordon out in front and gave a good kick into the straight. Vanguard strode up alongside Gunaluva and looked as though he was going to go straight past him. To Gunaluva’s credit, he stuck his head out and fought hard to the line to secure the win at only his second start for his new connections.

It looks as though the further the better for Gunaluva and with a future over the jumps in mind, the longer trips are ideal for him.

We are very grateful for the opportunity to train Gunaluva for Flying Start Syndication’s and it was terrific to get the win on the board for their group of owners.