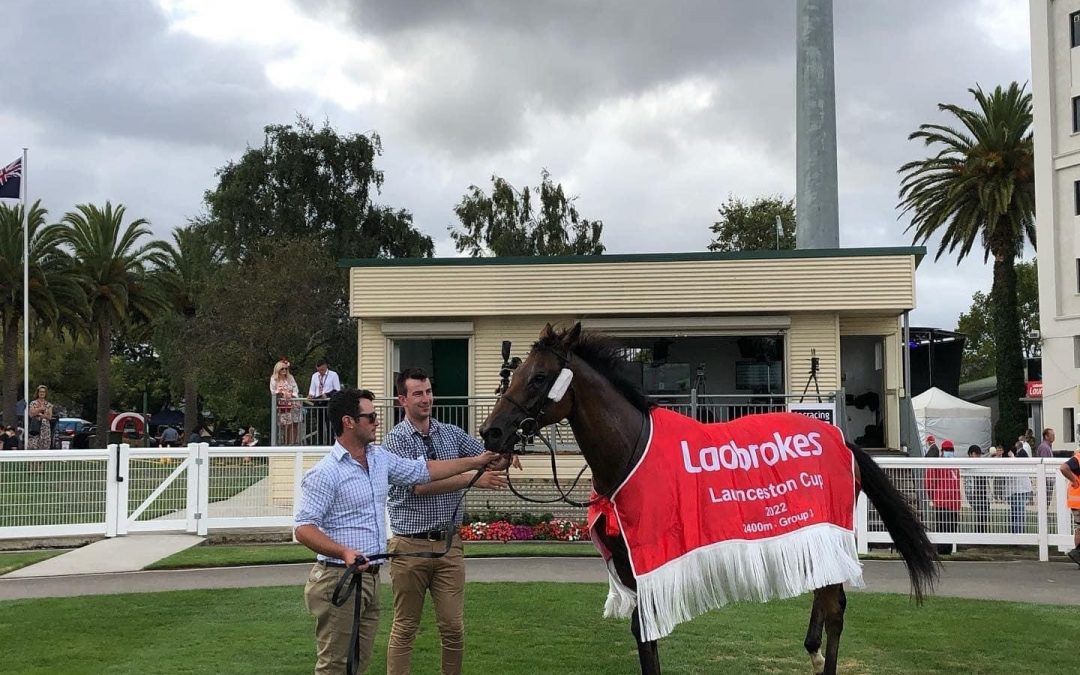 Aurora’s Symphony backed up his great win in the Colac Cup with a more impressive victory in the Group three Launceston Cup on Wednesday.
It was a great team effort by all involved to travel Aurora’s Symphony over to Tasmania in what was a last minute plan after nominations come up on the light side.

Given an absolute peach by race rider Harry Coffey, Aurora’s Symphony always travelled well throughout the run. When the runs appeared, Aurora’s Symphony took them and went on to score an emphatic victory.
He is a horse that has improved every race preparation and continues to answer the question each time the bar has been raised.

Congratulations to the winning connections on a Group three winner.