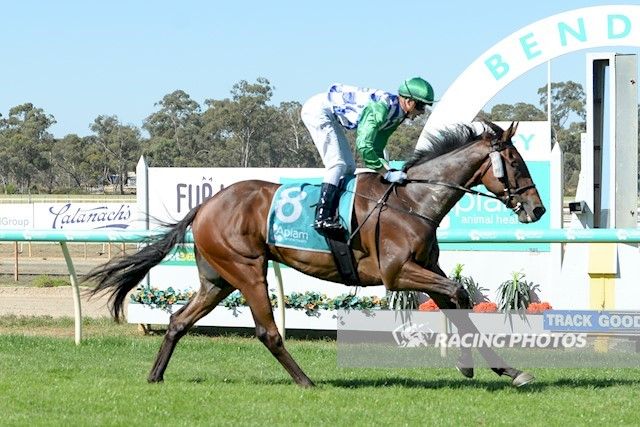 French Moon was back in the winners stall on Saturday with a win in the Bendigo Ford Marong Cup.
Heading out of the straight the first time, French Moon was caught wide and looked as though he was going to have a hard run. Around the back, Harry Coffey was able to find a position a shade worst than midfield and French Moon relaxed well. At the 800m mark as the tempo increased, French Moon was shuffled back to second last, although traveling well he looked to need plenty of luck. The big open track at Bendigo allowed Harry Coffey to stride into the race on the home turn, before going on to score and effortless victory.

It was a great result for breeder John Sutcliffe and co owner Gerry Ryan. French Moon is a lovely, sound horse who is enjoying a great purple patch of form.
Now that his racing manners are as good as they have ever been, we are hopeful there are better things installed for the son of Puissance De Lune.