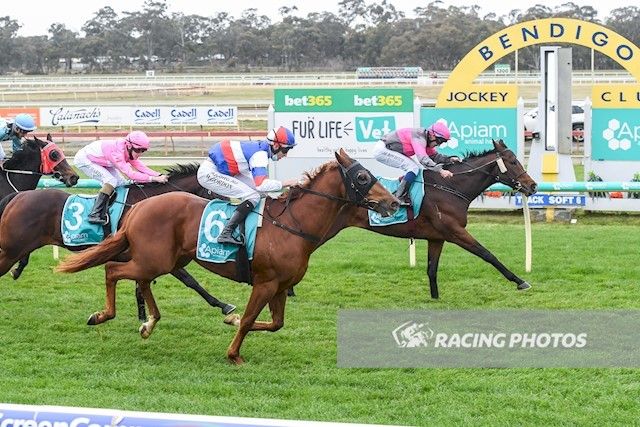 Family bred Thunder Point was a winner on debut at Bendigo on Saturday. Out of the mare Petit Cadeau which was predominately raced by the Wilde Family and produced listed winner Inn Keeper, Thunder Point has a promising future ahead of him. He is so green and hasn’t got a clue what his job is, when the penny drops Thunder Point could be a star on the rise. The family have been known to be late developers and this fellow is no exception.

He is a rising 4yo and only had the one start. Thunder Point has been well managed by the team at home and given every opportunity to reach his full potential. The comments post race certainly summed up how untapped he is. Joe Bowditch was amazed with how quickly the horse pulled up after the post, suggesting he thought his job was done once he had hit the front.

It was great to get the win on the board for the ownership group, many of those who are in the full brother Inn Keeper.
Congratulations to the winning connections.