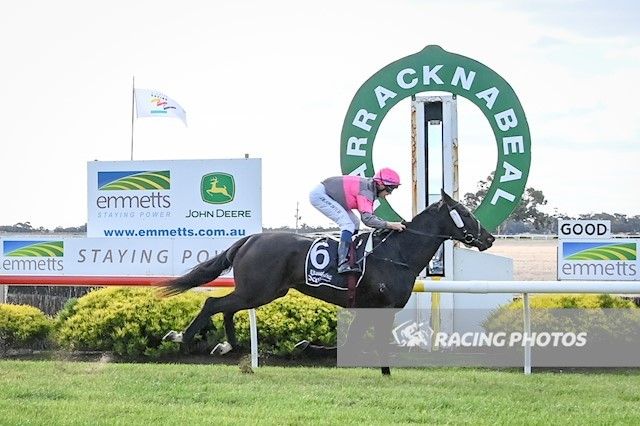 After breaking her maiden status as a 2yo at the May Race Carnival in 2019, it has taken Ginny Ann some 19 starts to bring up win number two.
She was far too good for her rivals at Warracknabeal on Saturday and after that victory another win shouldn’t be to far away. She always seemed like the horse that if she won, she could easily go on and win again up in grade.

Ginny Ann has been a frustrating mare for connections, her get back racing style means she needs to have everything in her favour. In many of her starts she has a hard luck story to tell or was beaten by the smallest of margins. A lot of thanks has to go to the ownership group who never lost faith in Ginny Ann and have stuck with her as she racked up nine placings after her first start victory.

Although we aren’t aiming too high with Ginny Ann we are hoping that her next win won’t be so long between runs.