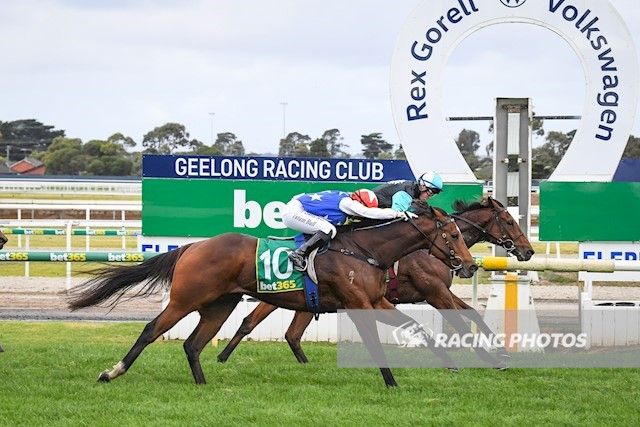 Realeza is starting to build an impressive record after notching up his third win at Geelong on Tuesday. He has now won three of his past four starts and looks to have a bright future ahead of him.
It was a great ride by Joe Bowditch, being able to get off the rails from barrier one. At the beginning of the day, barrier one looked the ideal draw but by race eight they were starting to get off the fence and look for better ground. Although he didn’t win by a big margin, Realeza looks as though he has improvement to come. He wanted to roll back down to the fence when the pressure went on. He will also take fitness benifeit out of the run as he had a good blow after the race.

The ownership group have being very patient with Realeza. After injuring himself as a younger horse in the spelling paddock, they were forced to give him and extended break. They now look to be reaping the rewards for the long lay off as Realeza continues on his winning ways. It was great to have a large group of owners on course on Tuesday after many of them missed his early wins due to Covid.