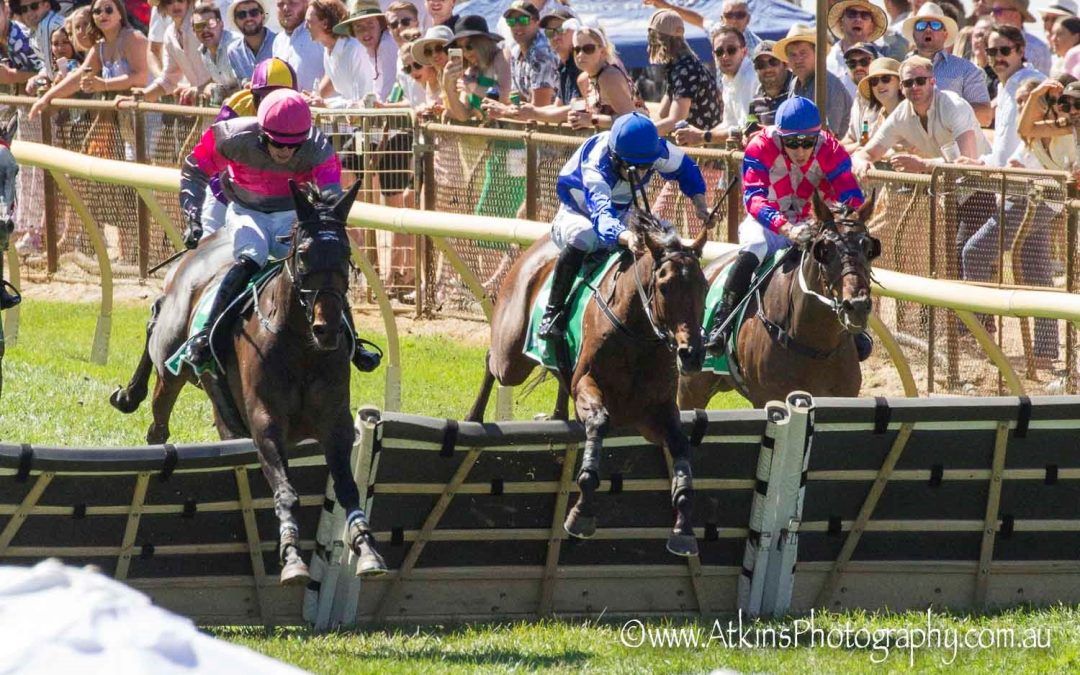 It was a busy long weekend’s racing for the Wilde Racing team with runners in Oakbank, Warracknabeal, Stawell and Sandown.

Britannicus (pictured) won the feature H D Young hurdle over in Oakbank with stable jumps jockey Ronan Short on board.
It was a great thrill for the stable to see both Ronan and Britannicus win the feature hurdle on the final day of the Oakbank carnival.
After having a season of hurdling last year, Britannicus looks to have come back bigger and better this season and has the Galleywood hurdle over the May Carnival in his sights.
He is settling throughout the run and is meeting his jumps better which will stand him in good steed as he tackles better races this season.

Stawell Cup day was on Sunday and Wilde Racing saddled up a large team of eight runners.
Stable debutante French Moon was victorious in the 1600m maiden with Joe Bowditch on board. French Moon did it tough, but he proved too strong to run down in the shadows of the post.
Hard ‘n’ Tough was back to her best with an all the way win in the Stawell Cup. Jockey Dean Yendall rated her beautifully out in front and she dug deep up the straight to win by two lengths.
She has a heart as big as herself and gives 110% every time she steps out on race day. Hard ‘n’ Tough has now earned herself a start in her hometown Cup after securing two country cups this preparation.

Congratulations to all our winning connections.