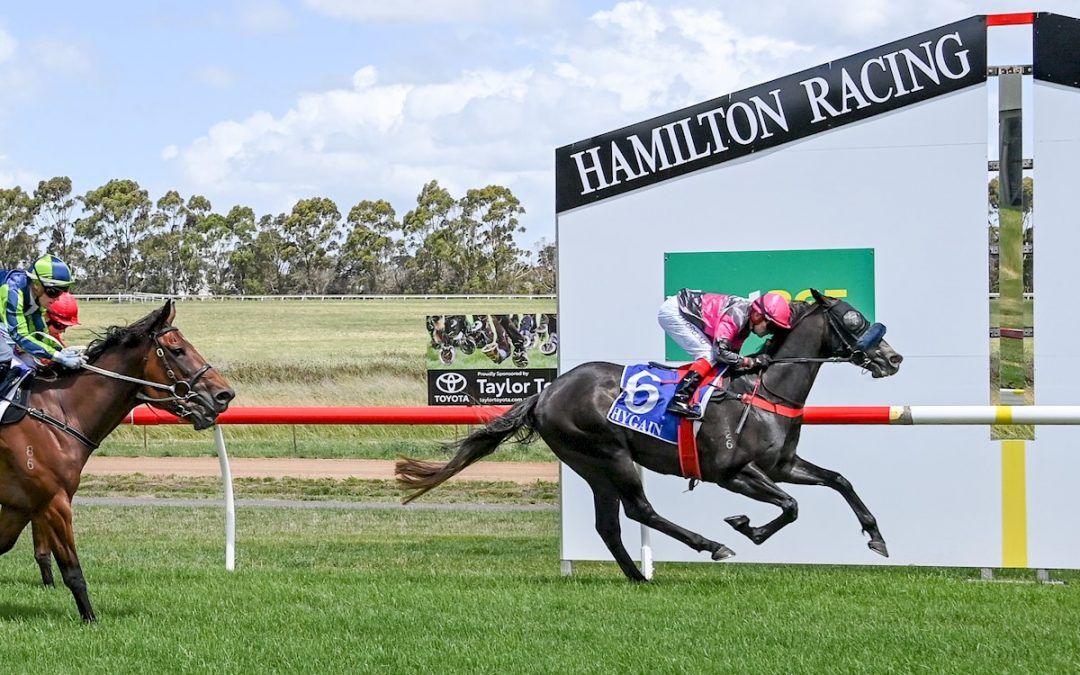 Stigwood broke his maiden status at Hamilton on Tuesday. He has been a frustrating horse trying to get him to settle in his races. He likes to jump and get things over and done with pretty quickly.
With a few minor gear changes, it seems as though he is starting to put it altogether as he didn’t over race as much at Hamilton yesterday as he has done in the past.

He travelled kindly outside the leader for Dean Yendall, coming down the hill Stigwood looked as though he would give a kick and be hard to run down. If Stigwood can continue to learn to settle in his races, he will only get better as the distances get longer.