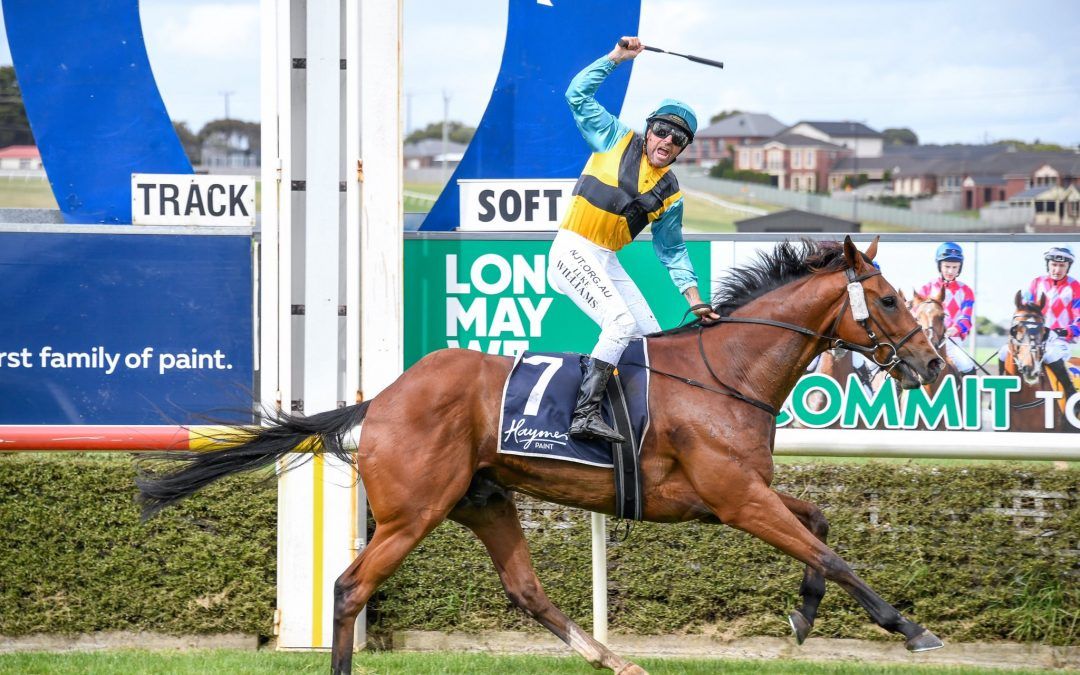 The recently new Jericho Cup day at Warrnambool is fast becoming a well known country meeting around Australia and the world.
A fantastic initiative put into action by Bill Gibbons it is a commemorative race day in honour of our WWI heroes. It commemorates the original Jericho Cup run 102 years-ago over three miles on the desert sands of Palestine and won by arguably Australia’s greatest war horse Bill the Bastard.

Wilde Racing have targeted winning this race since it’s first running three years ago. This year we were thrilled to win the unique staying event with Count Zero.
Each year there is also a consolation race for those who miss a start in the main race. The winner gains automatic entry into the following years Jericho Cup.
Our very own Only A Mother with stable jumps jockey Ronan Short in the saddle secured victory in the consolation race and secured their start in the big one in 12 months time.

Only A Mother was given a great ride by Ronan. The horse bowled along out in front at a leisurely tempo and they slowly increased the pace from the 1000m. Only A Mother doesn’t have a “turn of foot” so to speak but he grinds away at that one speed and makes it harder for his rivals to pass him, especially if he gets his own way in front. The staying races are very limited over the marathon journey so between now and next year’s Jericho Cup, Only A Mother could be destined for a jumps campaign.

Count Zero (pictured) was fantastic in winning the 4600m feature event. New Zealand bred and mostly Australian owned, he really was an omen bet for the feature race. Jockey Luke Williams also had a story to tell and this is what made the win much more special. Count Zero was in a great rhythm as they crossed into Brierly paddock for the second time, Luke had done his homework and was very keen to make his move on the better going out in the paddock if he was travelling well enough to do so. Luke made his move like he said he would and coming down the hill to the Tozer Road crossing, you could tell that Count Zero was travelling. With 700m to go, Luke asked for the horse to start working through his gears and coming into the home straight Count Zero was full of running. It was a great spectacle and a thrill to win the race which has a great history and meaning.

Congratulations to our winning connections.