Toff Love holds on at Donald 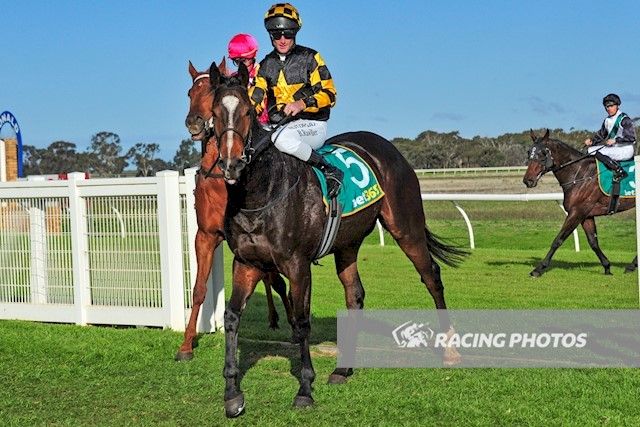 Honest performer Toff Love secured his third win since joining Wilde Racing with a tough victory at Donald on Saturday.
Brad Rawiller lost his iron coming out of the gates and once he got his foot back, Toff Love was travelling strongly outside the leader, which isn’t usually his racing pattern. Rather than try and fight to restrain Toff Love, Brad decided to leave him there on the pace. Travelling into the 600, Brad looked as though he had a lap full of horse. Toff Love gave a good kick on the corner and it looked like it was race over. At the 200m we could see the back markers closing but still thought Toff Love had a good margin to hold on. Over the last 50m he was taking tiny steps and just held on for the win with only 0.1 lengths separating Toff Love and the second horse.