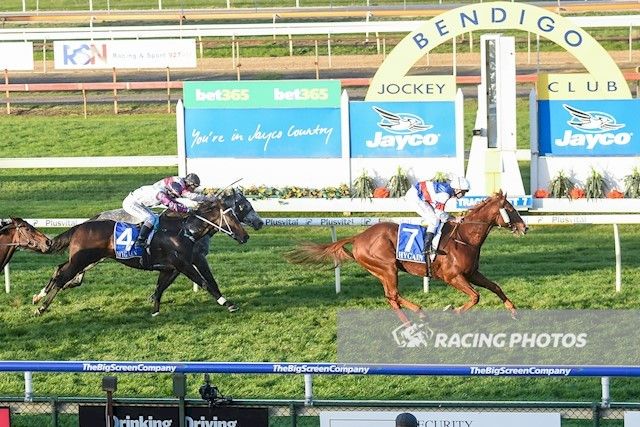 Ammoudi Bay broke through for a well deserved victory at Bendigo on Sunday. He has been in work since August 2019 and has been running consistently well since his first up victory at Terang in November 2019. Third up he won very impressive at Geelong and he has hard luck stories in better company ever since. His racing style makes it harder for him to win races, but when the tempo is on and he can get to the outside with an uninterrupted run, Ammoudi Bay has an explosive turn of foot.

The race at Bendigo worked out perfectly for him. It was a small field and he had the drop on the leaders. Upon straightening, Brad Rawiller was able to peel to the outside when he was ready and Ammoudi Bay soon put the race away. He has been in work for quiet sometime but we have spaced his runs and if he shows no signs of having enough we are confident he will pick up a city win in the not to distant future.