Two lovely stayers bring up a double at Geelong 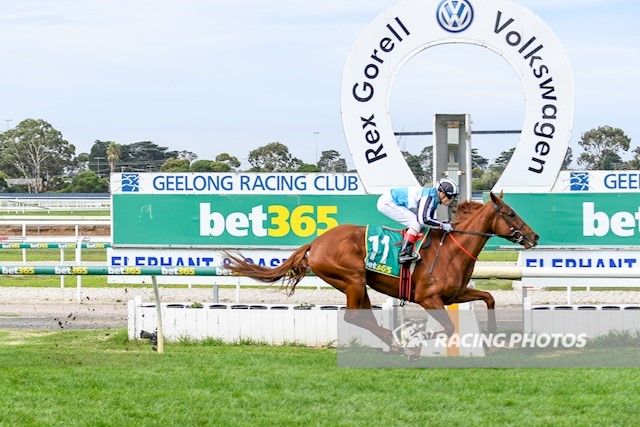 It was a double delight for Wilde Racing at Geelong on Wednesday with The Mockingbird breaking her maiden status and American In Paris returning to form after losing his way earlier this preparation.

The Mockingbird (pictured) had been knocking on the door to break her maiden victory and she was finally able to do that with Craig Williams in the saddle. She was given a lovely ride, plenty of galloping room and was able to move into the race on her own terms. She is a filly that needs to build momentum as she can’t pick up and sprint. The Mockingbird was only getting warm on the line when she powered away to win by 2.25lengths. She certainly looks as though she is going to develop into a lovely staying horse for the future.

American In Paris returned to the winners stall on Wednesday after a frustrating start to his campaign. We gave him a freshen up after his tough run at Sandown and also changed his routine up by introducing jumping into his training. It seems to have done the trick with American In Paris as his win was very encouraging, although he was given a gem of a ride by John Allen.