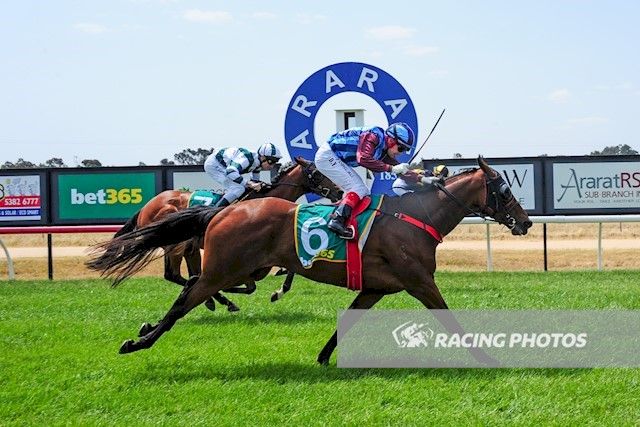 Sophie’s Revenge broke through for a well deserved victory at Ararat on Thursday. She is a horse that has to have all the cards play her way and when they do she is very honest.
The speed was on from the start which suited our mare, Dean Yendall was able to have her travelling well and could make a move into the race when he was ready.
On the home turn Sophie’s Revenge was in striking distance and was making her run down the outside, which she appreciates. It looked as though she was going to win with ease but the horse on her inside kept kicking. On the line it looked as though she had run another honest race but thankfully when the photo finish came up we were delighted to see she got the bob in on the line.