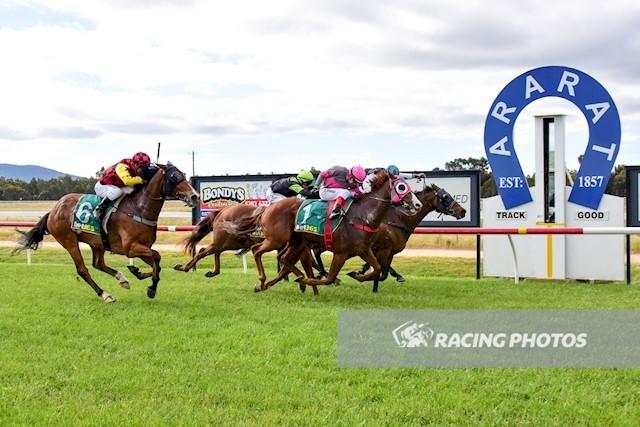 Honest galloper Santelmo Fuego finally broke through for a win at Ararat on Sunday.
He has been knocking on the door at his previous starts but more often than not bad luck stopped him from getting a victory on the board.
It was great to see him finally break through for a well deserved win at start number 12 for the preparation after getting two wins early on.

For a horse having his first serious racing preparation he has done a terrific job having twelve starts for three wins and eight placings.
Everyone would love to own such a sound, consistent performer.