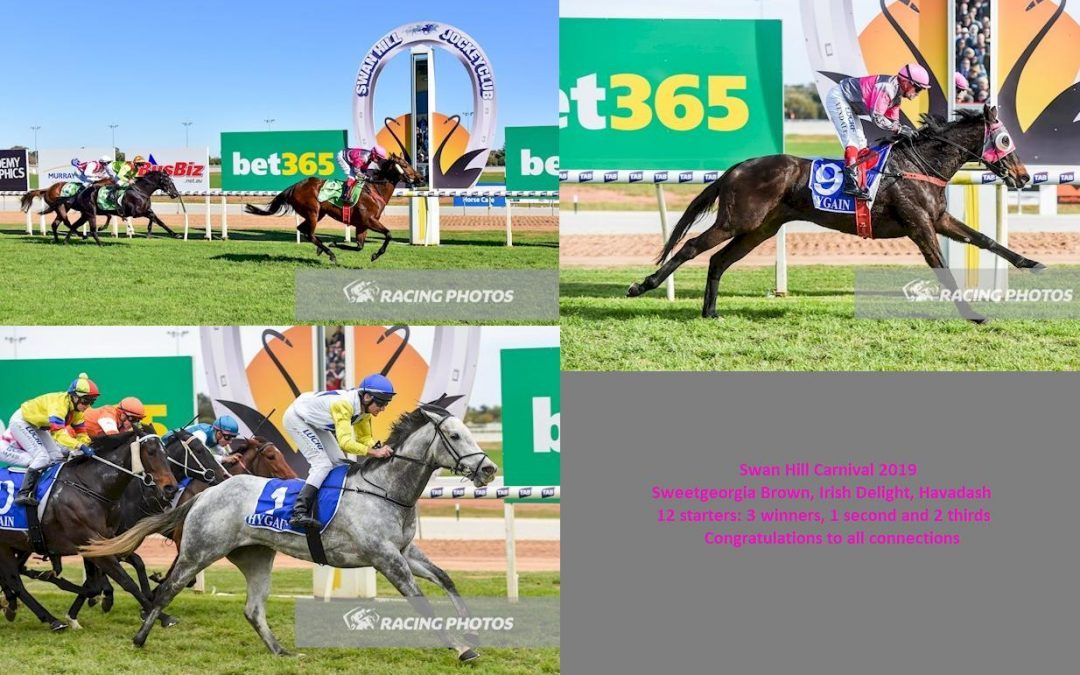 Wilde Racing headed to Swan Hill for their racing carnival held over the long weekend in June. We had a busy time saddling up 12 runners.

Day one seen us have five runners with Britannicus running a close second in the 2100m BM64 with a big weight.
We also had Another Coldie having his first start for the stable in the Golden Topaz. He loomed early in the straight until condition gave out. We were pleased with his run over an unsuitable distance.

Day Two, Sweetgeorgia Brown break her maiden status in fine style, winning the 2100m maiden by 2.5 lengths.
After running so consistently at her previous two outings it was great for her large ownership group to get a win on the board.

Day Three was our quietest day but the most successful. We saddled up three runners for two wins and a third.
Irish Delight was the first of the winning double, breaking her maiden in the time honored Drought Breaker. It was a great thrill for her owners who bred the 5yo mare.
London Fog ran his usual honest race, running third over the staying trip of 2100m, he is running well and hopefully a win isn’t too far away.
Havadash provided a change of luck for his owners winning the 975m dash. A horse who has proved frustrating for connections redeemed himself on Sunday with an impressive win.
He sat wide throughout the run and come down the outside with a barnstorming finish. Under the big weight we thought this was a terrific effort.

Congratulations to the winning connections