2018 a May Carnival to remember 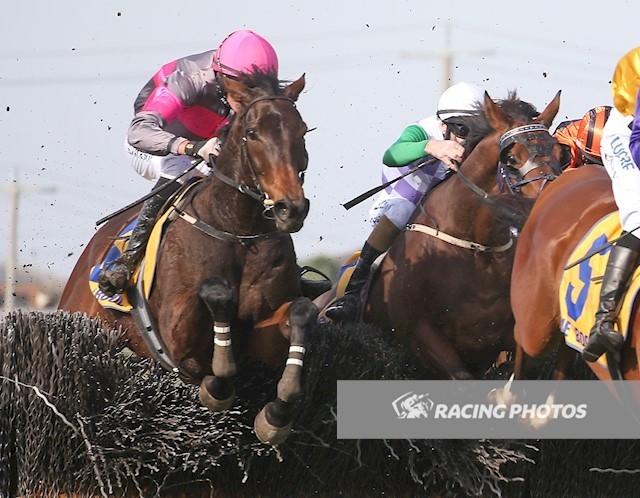 Wilde Racing saddled up close to 30 runners over the 3 days at the Warrnambool May Carnival and what a result we produced.

Tuesday was the running of the Brierly Steeplechase and Gold Medals was in the mix with stable rider Shane Jackson on board.
It was a thrilling race to watch and coming to the last it was neck and neck between Gold Medals and Zed Em.
Inch by Inch Gold Medals & Shane wore down Zed Em to give Wilde Racing their first victory in the race after many placings in previous years.

Wednesday was quiet not as many runners & we were narrowly defeated in the 1700m maiden with Two Bills.

Thursday kicked off with a bang.
Tee Train won the 2yo race with Craig Williams on board. This was the third consecutive year that Wilde Racing & the same ownership group have won the race.
This little Colt that we purchased from the NZ sales looks to have a bright future ahead of him.

La Fleurette brought up a race to race double, thanks to a trouble free ride by Nikita Beriman.
This mare was due for a change of luck & thankfully everything went her way & she got the bob in right on the line.
It was a great thrill for her connections.

We then saddled up Inn Keeper in race four and when he looked like he was going to be swamped late, he found another gear and was very impressive in the finish.
Linda Meech has developed a great association with the horse now having 5 rides for 5 wins on the gelding.
The victory was made that little more sweeter seeing as though he was a horse that Bill & Symon bred from a mare they previously raced.

Then seen the big one and after much deliberation, will he or won’t he? Gold Medals backed up in the Grand Annual after his victory in the Brierly on Tuesday.
The result was something dreams are made of….
Clayton Douglas took the reins in the Annual & he rode a very patient race on our stable favourite Gold Medals.
As always it was a very exciting race to watch, Gold Medals followed the field around patiently out the back, jumping so well.
Coming into steeple lane he travelled into the race so well & by the last jump after 5000m it was a case of deja vu.
Gold Medals neck and neck again with his rival from Tuesday Zed Em.

The roar of the local crowd was enough to give you goosebumps & by the finish post after a grueling 5500m it was a photo finish.

And just like that Gold Medals jumped into the history books!!!